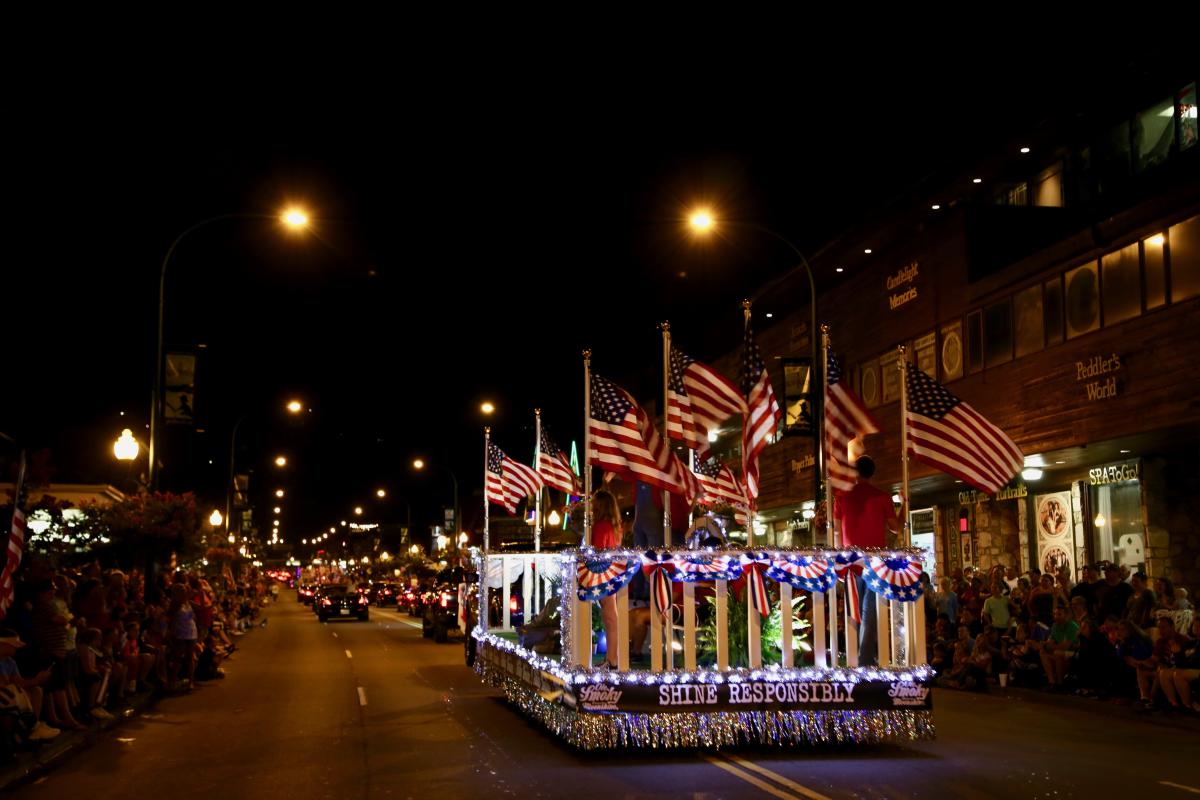 Gatlinburg’s award-winning Fourth of July Midnight Parade will step off at 12:01 a.m. on Monday, July 4.

The parade steps off at the intersection of East Parkway and Baskins Creek Bypass turning south onto the Parkway at traffic light #3. The parade continues through town ending at Ski Mountain Road. Parade-goers are encouraged to arrive early on Sunday, July 3, to avoid traffic and secure a place to watch the Midnight Parade along the Parkway.

The First Independence Day Parade in the Nation has garnered national attention and award recognition for excellence in entertainment. The parade has been named by National Geographic Traveler Magazine as a “Top Ten Parade to see in the US” and recognized by Livability.com as one of the “Five Best Fourth of July Celebrations in Smaller Cities.” Additionally, the event has earned multiple Grand Pinnacle Awards by the International Festivals and Events Association.