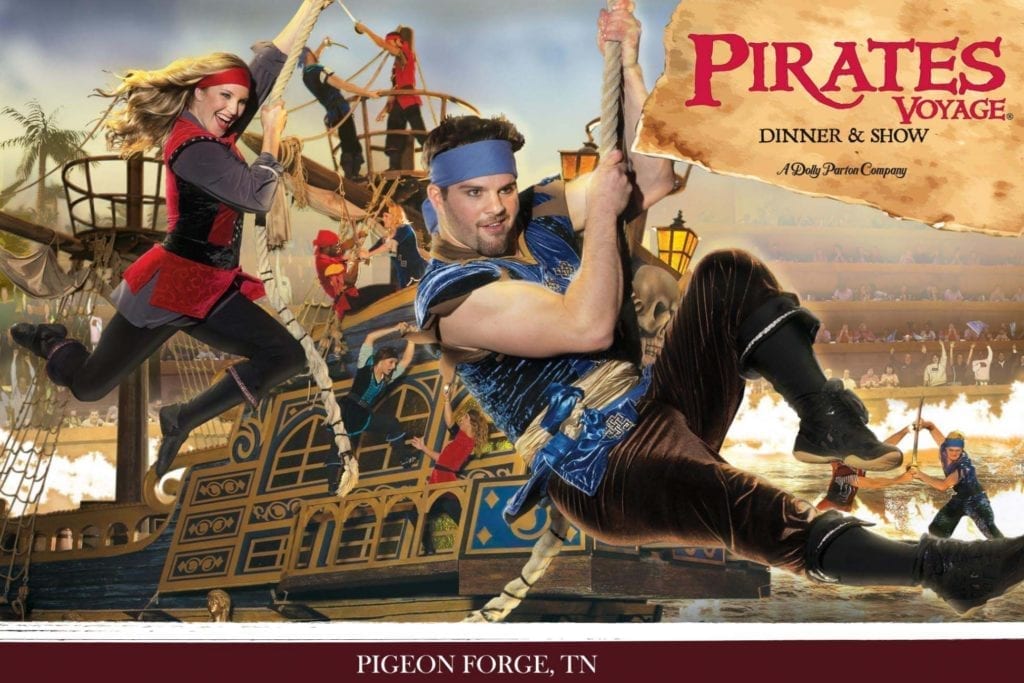 Pirates Voyage invites you to join the most famous pirate, Blackbeard, and his quarter master Calico Jack as they lead the Crimson and Sapphire crews in a battle on land, on deck, in water and high above full-sized pirate ships in a 15 foot deep indoor hideaway lagoon! 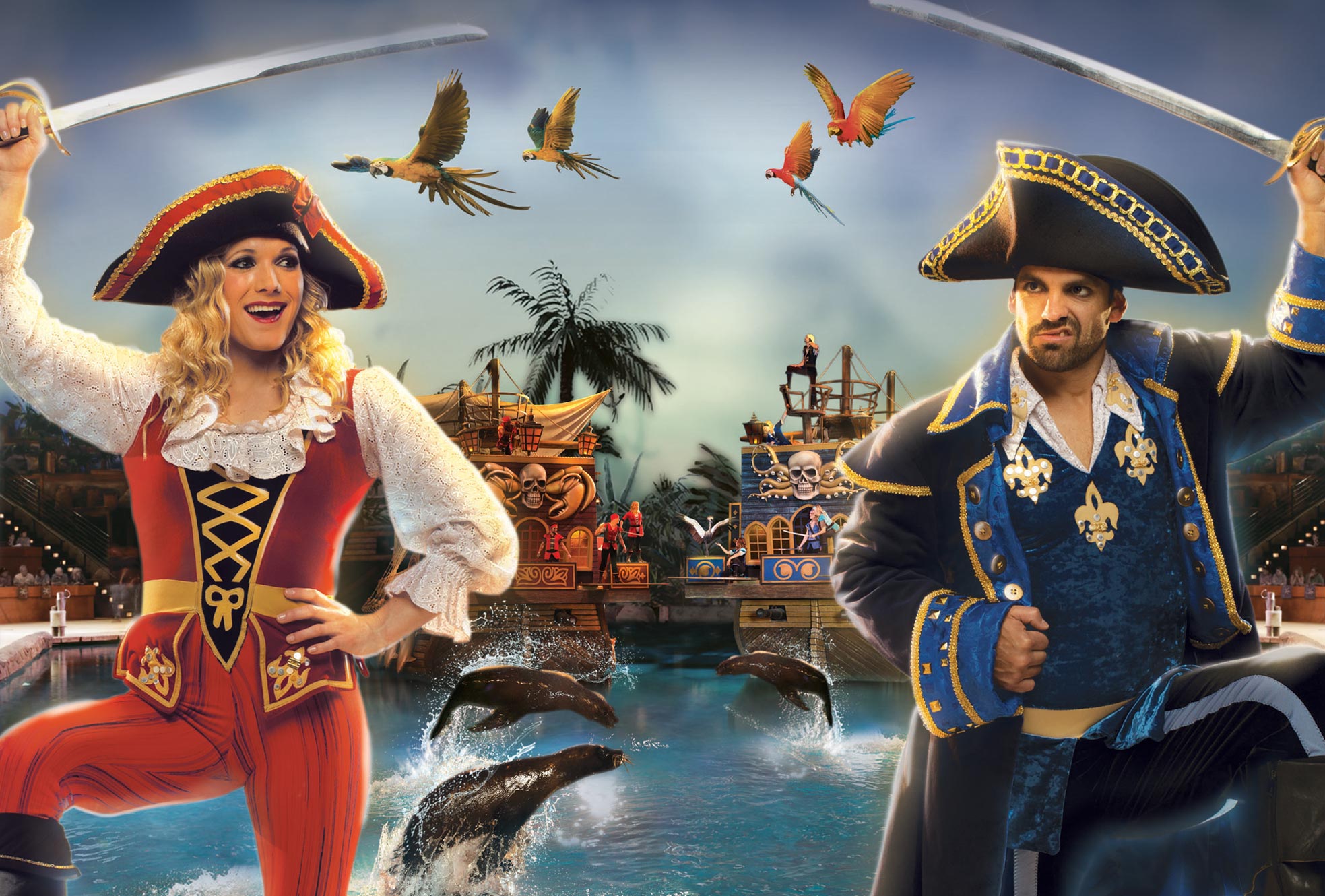 Pandemonium breaks out in an unbelievable battle with sword fighting, cannons blazing, pirates scaling masts, and swinging ship to ship, fighting to win the coveted Davey Jones sunken treasure. Feel the heat of a lagoon of fire, shiver as skeletons appear from the deep and sky above during a fierce storm. Even Salty the sea lion joins the action and beautiful mermaids gracefully perform before diving back into the sea. 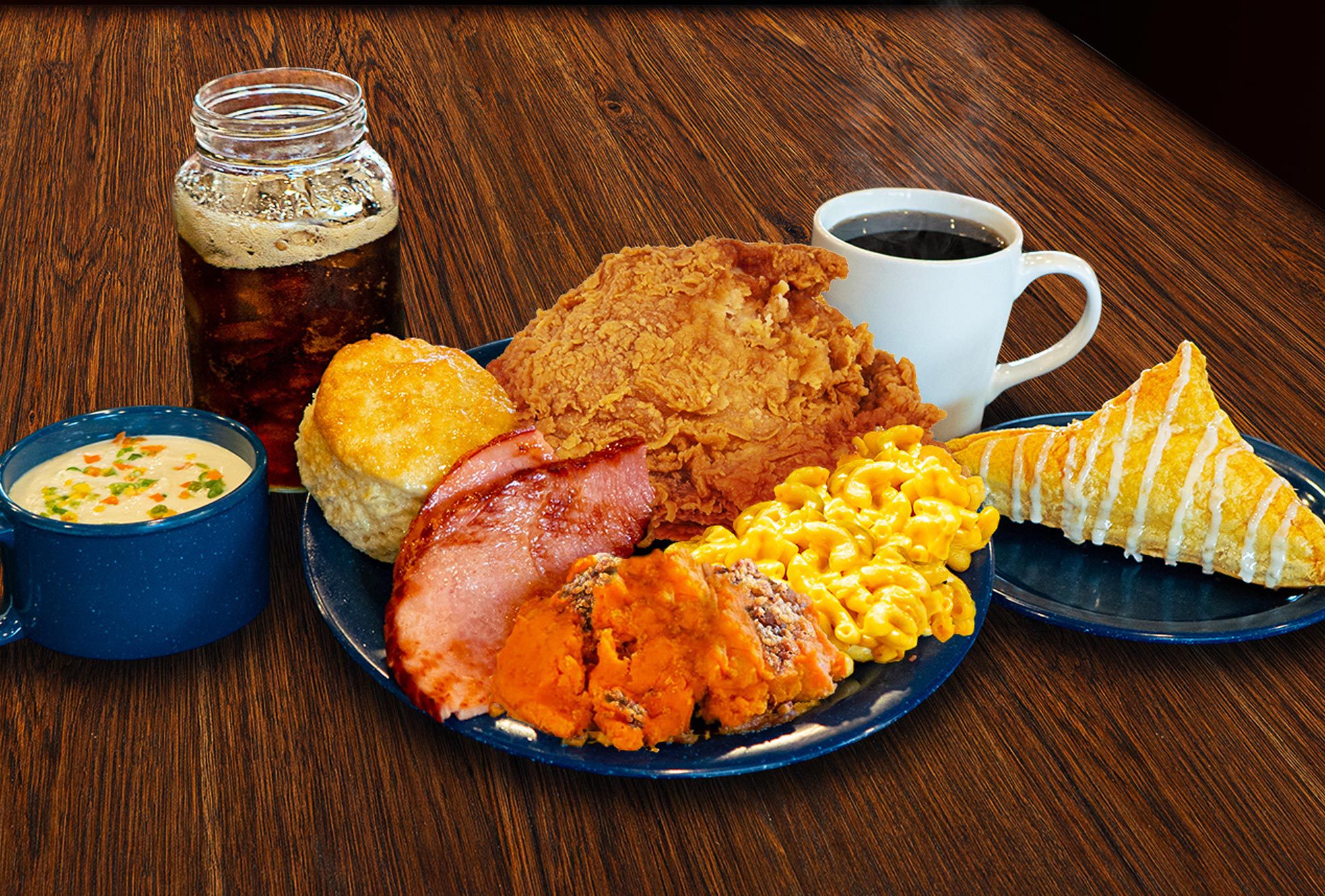 As the action begins, the delicious four-course pirate feast is served starting with the Buccaneer Biscuit and Voyager Creamy Vegetable Soup. The Cracklin’ Pan-Fried Chicken, Swashbucklin’ Sugar-Cured Ham, Matey’s Mac ‘n’ Cheese, and Jolly Roger Sweet Potato Souffle are sure to please even the pickiest of pirates and are followed by the Walk the Plank Peach Turnover with unlimited Coca-Cola, Tea, or Coffee. 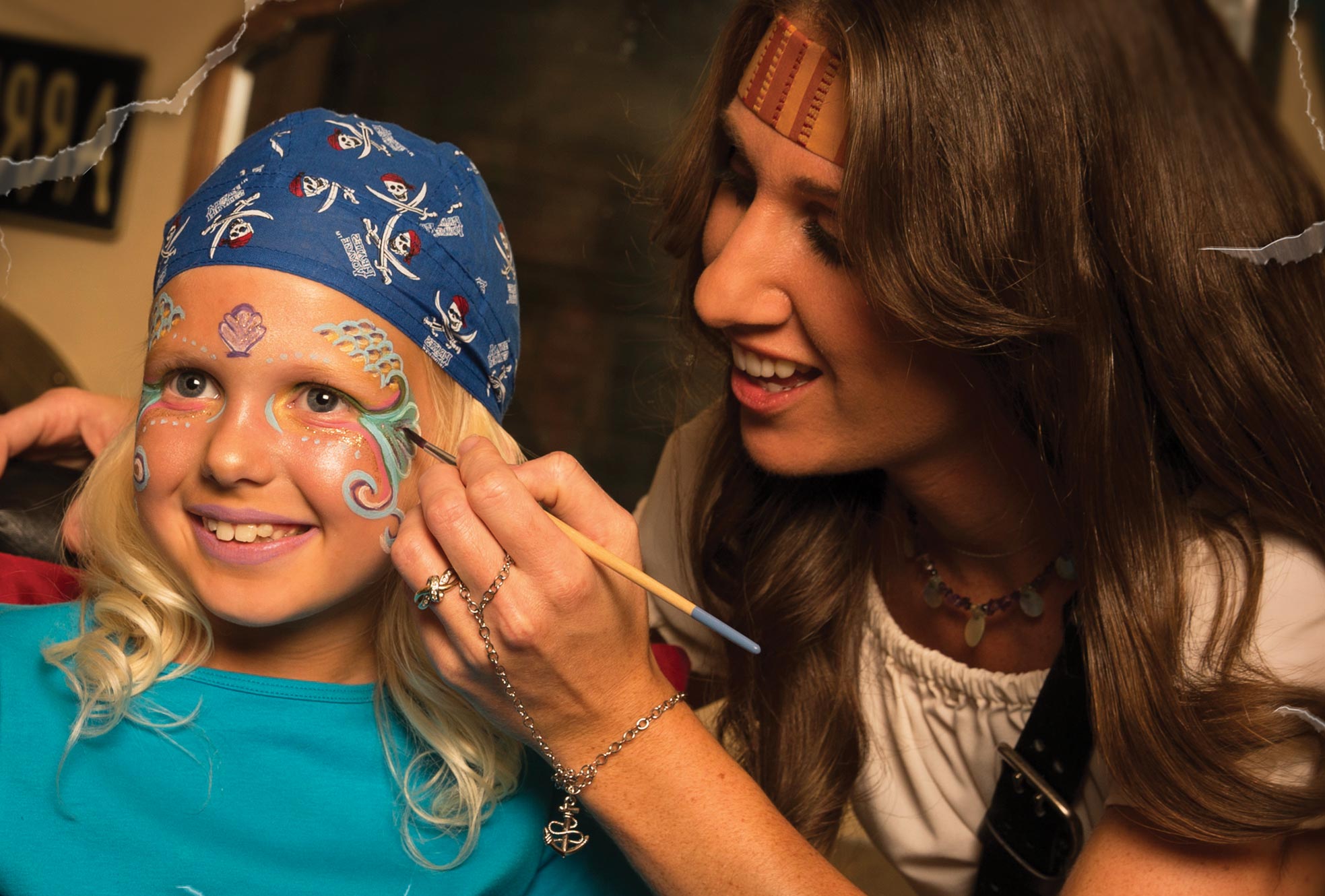 Join us for an evening packed with action, competition, audience participation, romance and delicious food. Most of all you’ll take home memories of a lifetime. 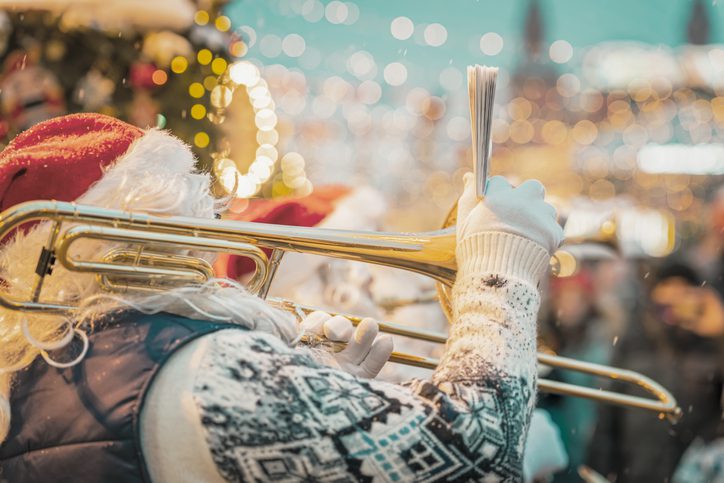 Here are some activities and events happening this winter in Sevierville. 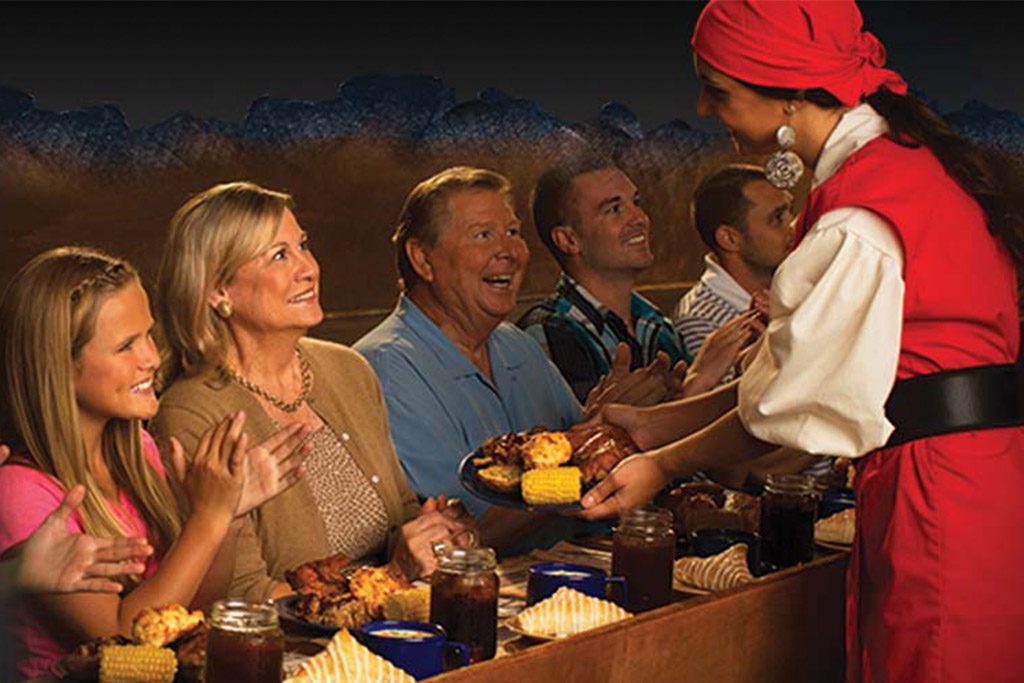 Enjoy a delicious meal with a front-row seat to some of Pigeon Forge’s best shows at these dinner theater shows. 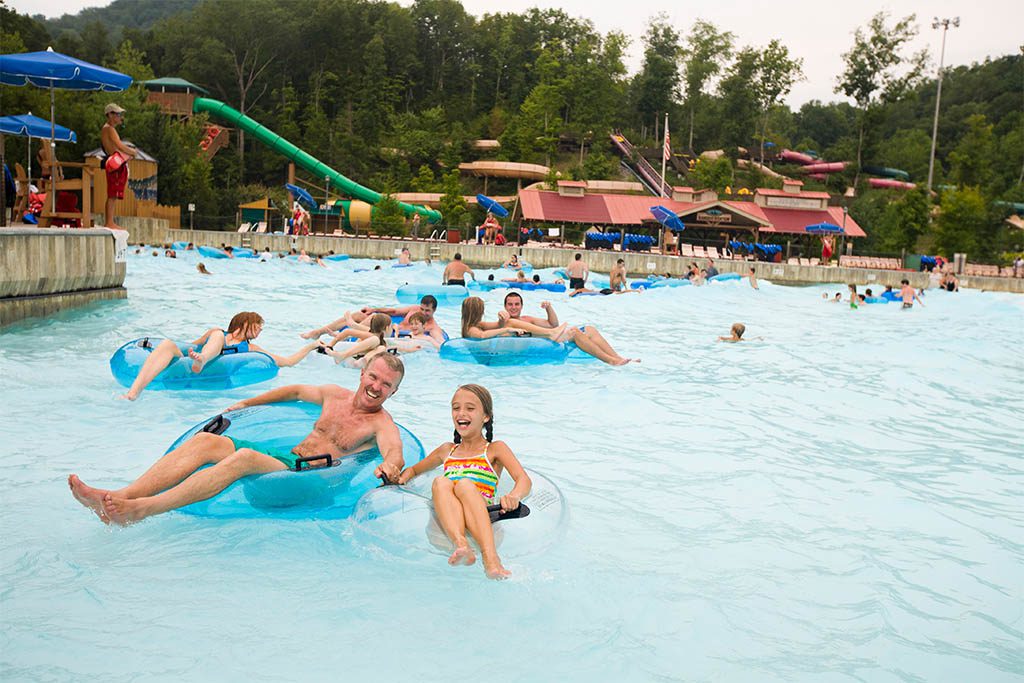